Every word I try write since the COVID-19 pandemic seems bizarrely ironic. All my thoughts feel like unintentional platitudes missing a mark that keeps moving despite sheltering in place. Each word trying to escape is an S.O.S., a cry for connection, a plea for something different. My words are zygotes made from hopefulness and dread, aborted over and over as I remember words written by Margaret Atwood, Octavia Butler Ursula K. Le Guin. Even Nietzsche, Camus, and Dostoevsky. Most of those words I read in a different century as an art student at Antioch College in the late 1980’s. I’ve read so many more words since then, the names of those writers culminate in a CV that has two more degrees- an MA in cultural studies from Claremont Graduate University and an MFA in studio art from University of California, Irvine- plus a decade where people sat classrooms calling me professor. If I stopped there, you’d have a picture of me as a middle class educated person, probably white, probably resourced. You’d be right, but also not.

The words missing from that picture draw a different one with nuance and depth, with shame and pride. Missing is the violence, the broken arms, black eyes, emergency rooms, OD’s, domestic violence shelters, sexual coercion alongside survival-infused transactions to just make it stop, poverty, welfare, debt, bankruptcy, immuno-suppressed system from a decades-long chronic illness and the burning pain in my leg from the nerve caught in my lower osteoporotic vertebrae from falling through the giant holes in the net that never created safety.

Missing is the queer, trans loving, aging cis femme, never a lesbian sort of a dyke, always fluid before that was an identity. Missing is fact that I was taught I was a minority as an ethnically Ashkenazi Jew when I got in fights at school after being called anti-semetic names by my classmates though I was never taught about my Sephardic Jewish heritage or my relatives who died in concentration camps. I live with curiosity about my olive skin tone, black eyes and hair texture I saw on Roma people who saw me when I travelled to Hungary, a sense of myself I hadn’t experienced before, something brewing underneath the pervasive, “what are you?” questions I know too well. Missing is the felt experience of my grandparents who were first cousins like so many immigrants, the stories from my father other than bootstrapping expectations first generation parents demand of their children.

These are all the reasons why words have never been enough on their own. .All the reasons why art has been a salve, a belief system, a political action, a deep breath in and out, a sigh of relief. Repeat the mantra I learned from Jenny Holzer, Protect Me from What I Want. Words turned into a moving across the L.E.D. sign in Times Square.

Felix Gonzales-Torres image of his unmade bed blown up onto billboards, two pillows imprinted with the shape of heads, one his partner Ross who died from complications related to AIDS, the other is Gonzales-Torres’ who was a person living with AIDS. Pure poetry.

The postcards Ryan Griffis made for the show Sarah Ross and I curated during the 2008 Presidential Elections are frighteningly prescient, though the cards are just marking the time between the primaries and the election, the moment we first felt the economy collapsing. The three of us texted the other day about these, which I found in a box in my studio. I asked what the third one would be if we made it right now. Sarah: Right now, just having a voting box, even one on fire sounds optimistic!

As we cling to what we can while capitalism spins off the rails, I’m grabbing onto the images that were made at the end of the last century when a global pandemic was killing  queer folks, poor folks and addicts and it took years to get the government (including Dr, Fauci and the NIH), to do ANYTHING. The art I love, the art that influenced me to value creativity above all else, was made when living outside of social norms was not only possible, but it was practice for where we are now. Recognizing there was more than career, marriage, kids, home ownership, monetizing every exchange, working collectively and not solely focused on entrepreneurial spirit and amassing wealth taught us how to not only imagine another world, but build one while fighting for our lives. 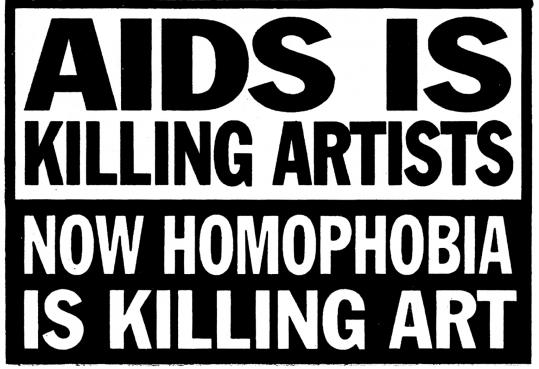 Not everyone agrees with using the term “adjunct" as an umbrella term for non tenure track faculty. For me there is an issue of referring to any group by a single plural adjective. When we use “adjunct faculty,” or “adjunct professor,” I don’t have an issue with the word “adjunct.” Regarding the definition of the term, it is accurate to how administration thinks of us and has designed our working conditions. As one who has identified as queer for more than two decades, I am down with reclaiming pejorative terms. Queer once indicated a politicized identity. The movements of the 1970’s, 80’s and 90’s that acted up and fought back, telling the dominant culture trying to disappear us altogether or at the least keep us closeted, “We’re here, we’re queer! Get used to it!” I think a fantastic part of the adjunct movement has been reclaiming a pejorative institutional name, shifting the meaning to a strong movement fighting back against a practice intended to destroy academic freedom and the economic security an education once offered. So I call myself a former adjunct professor turned union organizer and wear it with pride. As the LGBT, I mean LGBTQ, I mean LGBTQQIA, I mean LGBTQQIAA2P I meant QUILTBAG movement has shown us, what’s in a name? (from Reclaiming the Artist https://extraordinaryfacultynfm.wordpress.com/2016/03/18/reclaiming-the-artist-organizing-through-art-part-1/)
%d bloggers like this: